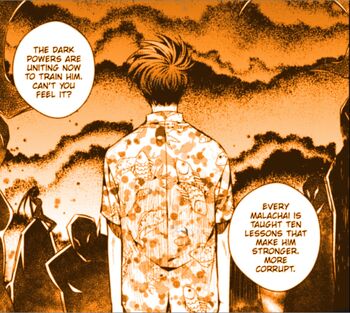 "Have no fear, Sraosha. I've learned from my mistake. This time, I won't fail. If we can't turn him, I will kill him."

Nick woke up with all people Nekoda standing over him. He soon finds out that she's been volunteering at the hospital. Nekoda asks about his injuries and he explains them to her. She asks him if he knew who did it and he lied just as he did to the police. Nekoda offers him books, comics and some other things to pass the time as well as a drink. Nick takes up the offer with pleasure even asking if they had manga much to Nekoda's confusion. Nick also asks if they have a nintendo on the rack but much to his displeasure they don't. Nekoda soon leaves and Nick goes to sleep. Nick awakens to find that Nekoda had left him her own nintendo, a pink one.

Nekoda watches Nick take the Nintendo much to her pleasure as unknown to him, it allows her to keep track of him. She meets up with her mentor Sraosha. Sraosha asks her if Nick could be saved and Nekoda believes he could be but is soon warned not to be seduced by him and that if she can't save him, she'll kill him. "Have no fear, Sraosha. I've learned from my mistake. This time, I won't fail. If we can't turn him, I will kill him." 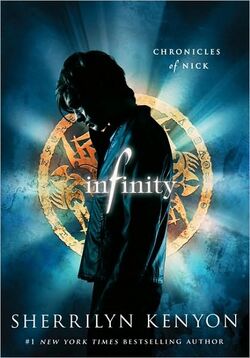 Retrieved from "https://chronicles-of-nick.fandom.com/wiki/Infinity_Chapter_3?oldid=4209"
Community content is available under CC-BY-SA unless otherwise noted.