This page is comprised of Nekoda's relationships with other characters. 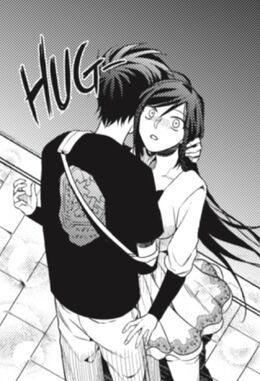 Nick and Kody had an automatic attraction to each other. Partially as Nekoda was originally sent to kill Nick. The two met when Nick was sent to the principles office ad Nekoda was finishing off learning her schedule. Nekoda stood up for Nick when Stone began insulting him.

The two next met when Nekoda was volenteering in the hospital and helping Nick out. She gave him comics to read as well as allowed him to use her pink Nintendo DS, which Nick was incredibly grateful for.

Retrieved from "https://chronicles-of-nick.fandom.com/wiki/Nekoda%27s_Relationships?oldid=4463"
Community content is available under CC-BY-SA unless otherwise noted.